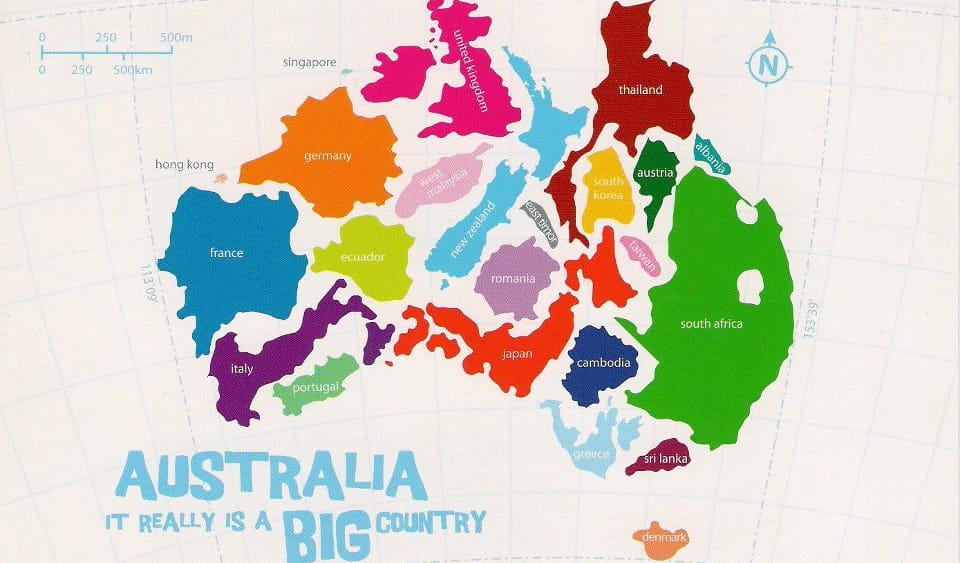 Why some markets will boom, while others are in decline, despite increasing interest
rates…

“House prices decline in July, fuelling housing market downturn” is amongst the latest
headlines in the media. It never ceases to amaze that in a country the size of Australia that
could fit at least 20 other nations inside it, that the media persist in lumping all Australian
cities and regions into the one all-encompassing title, ‘The Australian Property market’.
In reality, we have markets within markets, moving in different directions and speeds.
States differ significantly from states, cities differ from cities and houses differ from
apartments and townhouses.

Property markets in Australia typically have a cycle of about 14 years, where the high capital
growth or boom period lasts for around seven years, with around 100 – 150 per cent
growth, and the following seven years offer poor growth or a plateau period with around
zero to positive or negative 30 per cent growth. HOWEVER, one market can be booming
while another can be going through a plateau or decline. Sometimes the boom or plateau
can be far bigger or longer if there is something major happening in the city, such as the
Olympics in Brisbane or the major infrastructure investments in Adelaide.

The same can be said for the current state of the housing markets where we’ve seen prices
fall in Sydney and Melbourne, but all other capitals posted gains, with Adelaide house prices
up 25.4 per cent for the last 12 months, Canberra up 10.9 per cent, and units now
outperforming houses in most cities, especially when you factor in the higher rental returns
of units.

Property is perhaps the most repetitive and predictable cycle

100 per cent more growth is $1M more growth for a $1M property in about seven years,
however, with the Brisbane Olympics and highest ever infrastructure investment in Adelaide
of close to $160 Billion dollars, there is even more reason for Brisbane and Adelaide to grow
by more than 100 per cent more than Sydney and Melbourne in this next cycle.
What also happens, is the rent in the market that is about to boom is much higher relative
to the property value, so you not only get much higher growth, but also much higher rental
returns.

Some suburbs and types of residential property can achieve rental returns of 7 – 10 per cent
of the property value, so interest rates would need to increase to 7 – 10 per cent before
they became neutral cash flow, however they are positive cash flow by $10,000 to $30,000
per annum with interest rates where they are now, even when borrowing the full or almost
all of property cost.

Further, the last time that interest rates increased from around 4 per cent to about 8 per
cent between 2003 and 2009, when Sydney last plateaued, both Brisbane and Adelaide
grew by about 80 per cent more than Sydney, however there are far stronger fundamentals
for Brisbane and Adelaide this time. Even so, but some suburbs will perform far better than
others, so always seek experienced advice before investing. 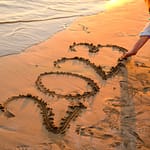 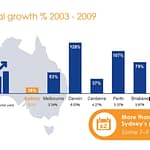