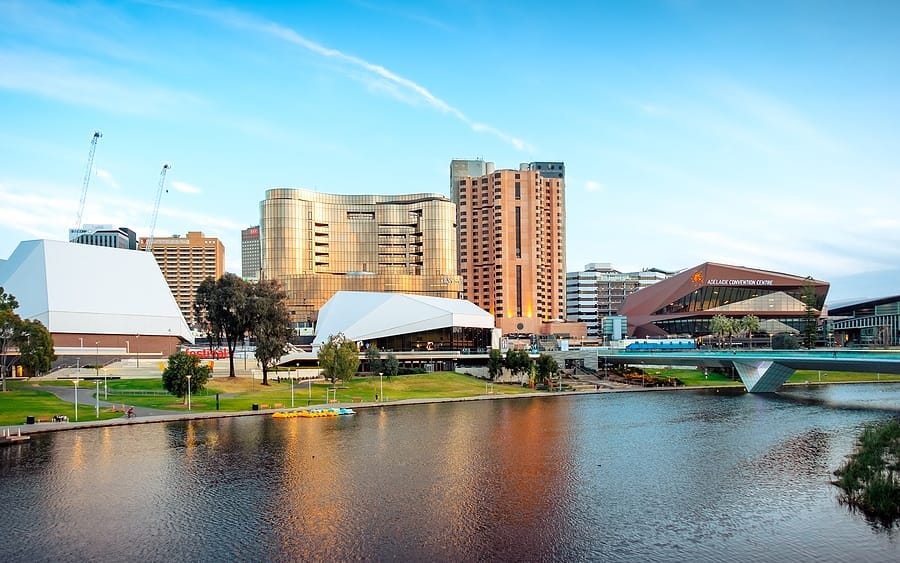 A year ago, we predicted that Adelaide would be one of the best performing property markets in Australia over the next 10-15 years, and, if the last 12 months are anything to go by, we will not be disappointed. In fact, Adelaide has emerged as Australia’s hottest capital city property market as interstate migration pushes prices to new highs.

Adelaide has a number of factors that make it a strong investment opportunity. There’s low supply and pent-up demand, as well as strong projected population growth. It’s a liveable city that’s well on the affordable end of the spectrum.

This is one of the strongest drivers for any property market and Adelaide has this in spades with a median house price of just $587,000 (compared to over $1.44M in Sydney).

All markets have periods of growth and stagnation in their property cycle. Adelaide has only had modest growth in recent years keeping prices low which presents a great opportunity for those who are able to get into the market.

There is strong rental demand in Adelaide as evidenced by robust rental returns of around 4% for houses and 5-6% for apartments, depending on the suburb and the property. There is a strong correlation between high rental yield and future growth.

The vacancy rate in Adelaide has been declining over the past 4 years which is a good sign. As of February 2022, the vacancy rate sat at 1.6% with a healthy market being between 2-3%.

​​When looking at the historical price difference between the two markets we can identify the recurring trend of Adelaide compensating for Sydney’s growth. After the 90’s property boom and the Olympics, Adelaide grew 100% more than Sydney to catch up as the price difference had become unsustainable.

Analysing the rental yield difference between the two cities clearly identifies Adelaide as the more attractive. This becomes even more obvious when comparing net returns; as costs are fairly consistent across the board (about 1%), if Sydney houses’ median gross yield is 1.9%, the net yield is about 0.9% while Adelaide’s gross 3.7% becomes a net 2.7% which is three times more net rental return.

Adelaide has a population of approx. 1.3 million people with a diverse economy which is only strengthening its opportunities, particularly in the areas of energy, defence, technology start-ups, education, and healthcare. Some of these infrastructure projects helping to stimulate and underpin confidence in the local economy include:

Adelaide’s defence spending alone far outweighs any other investment anywhere in Australia. Along with this investment will come major infrastructure improvements to sustain the job and population growth with tens of billions already approved and under construction.

Furthermore, Adelaide is also undergoing its own mining boom. As the resource sector surges again, mining activity is ramping up extremely quickly.

As with all property investing, it’s worth considering that some suburbs within cities, property types and even streets can outperform others for varying reasons so you should consider seeking advice from an experienced property investment advisor that has completed careful due diligence of these factors and knows their market area research inside and out.