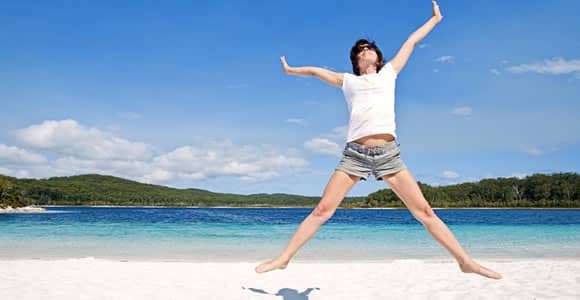 Suburbs close to the Brisbane CBD are smart choices for NSW property investors as they can take advantage of land tax benefits if they buy in Queensland, explains Richard Sheppard.

Economists can rarely agree on the best targets for investment properties. However, this year is different. With the Sydney market starting to slow and momentum continuing to pick up in Brisbane, it is an almost unanimous choice as the major hot spot for property investors in 2015.

In short, it is the perfect time for property owners to access their equity and use it to invest in select inner-city Brisbane suburbs.

Significant land tax benefits for those who buy interstate are an added bonus and can mean that they can roughly halve the cost of owning a property.

So why is there so much hype around Brisbane?

Last year’s data shows the city’s property market recorded growth of about five per cent to six per cent. That is just a forerunner of things to come. Respected analysts such as BIS Shrapnel expect growth in the order of seven per cent to 12 per cent this year, with the prospect of more in 2016.

Wise choices are still required and it is important for any investor to do their due diligence and get the support of specialist property investment advisors who have strong mortgage-broking services.

For investors who are eyeing off the Brisbane market, two suburbs shape as likely star performers – Kelvin Grove and West End. They both hit the mark for a number of reasons, including the fact they are close to the city with easy access to transport, and there is an abundance of properties available for around ‘the sweet spot’ – $400,000 to $800,000.

West End is arguably the best prospect of all. It is across the river from Brisbane City and adjoins South Bank, which is a cultural, educational and recreational precinct. West End is undergoing one of the largest urban renewal programs ever undertaken in Brisbane and it has new or near new units available at a very good price point. Property hot spots also typically have a special feature that makes them popular: for West End, it is being on the waterfront.

Again, it still pays to do your homework. West End is one area that suffered in the 2011 Brisbane floods, but smart developers have since engaged in significant flood-mitigation work to safeguard properties. For example, base levels of buildings are higher, while other measures such as putting electricals on the higher floors and building hydraulic dam walls that can be activated during floods mean that these new properties are virtually flood proof.

The price of many West End units is also in the right bracket for property investors – that aforementioned sweet spot. With properties that are too cheap, investors may not get enough quality land, but if they pay more than $800,000, the lending rules change and they may have to double or quadruple their deposit from five per cent up to as high as 20 per cent.

So look out for inner-city Brisbane properties this year, and seek advice from a specialist investment property advisor – 2015 promises to be a good year financially for investors.

This article was originally written for the March 2015 edition of Peninsula Living Magazine.